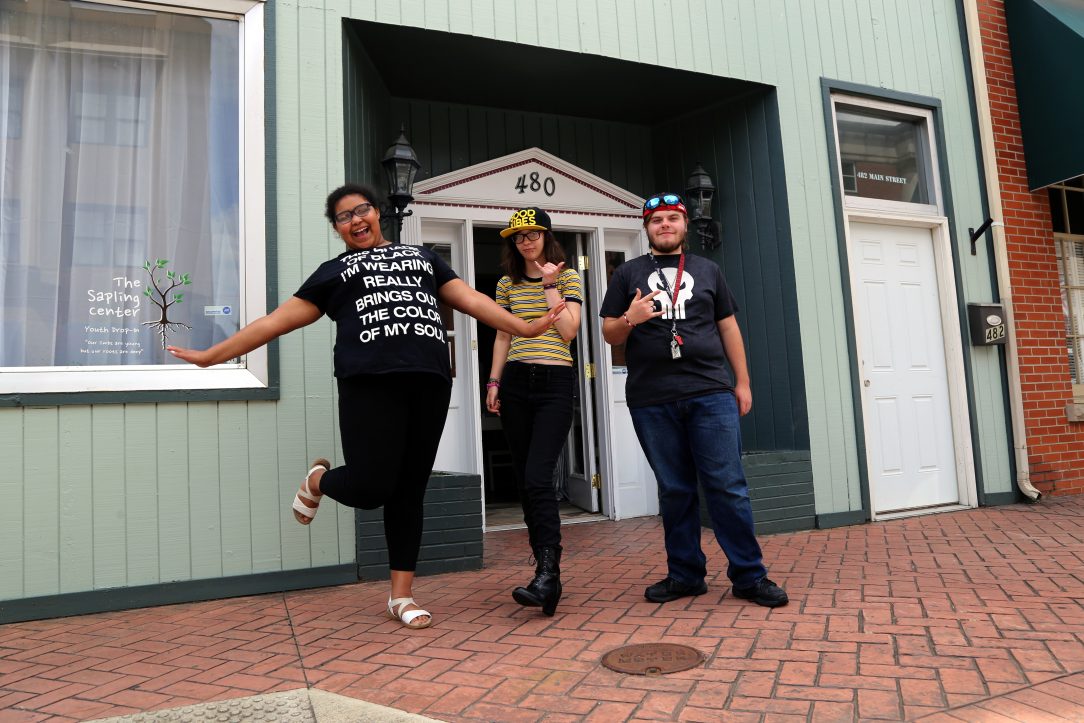 Program Director Angie Bush gives an update on the drop-in centers and on some exciting new developments!

Since the summer of 2016, KRCC has opened six Sapling Centers throughout the region. The program has been popular with young people, local leaders, and parents/guardians alike. Now, Program Director Angie Bush said the agency is ready to open its seventh Center, which will be located in Campton in the warehouse formerly housing Caney Digital Media.

"It's a fabulous space!" she said. "We're very excited. The front of the space will be the Treehouse Academy, which is going to serve 1st through 6th graders, and our Sapling Center will occupy the back half of the warehouse. CIO Charles Parker Boggs, who is also an artist, will be painting a beautiful mural on one of the walls."

The Facebook page for the new Wolfe Center has been getting a lot of buzz. Linda Patton posted a comment on the page, writing, "This is awesome. It’s going to be a blessing for our youth in the Wolfe County area. I am excited. The youth are our future, and we need to protect them and enrich their lives as much as possible."

Another new development is that the Pike County Sapling Center is moving. Currently, the Center is located on South Mayo Trail, but Bush said she expects to be moved into the new facility on Division Street by August 15.

"It's a beautiful building. It's right in the heart of downtown," she said. "It's a great location - it's close to the homeless shelter and the courthouse, Jenny Wiley, UPike, and the Expo Center - where everything's happening."

The decision to move the Center was made due to the fact that the agency wants each drop-in to be close to foot traffic so that young people can come in off the street and seek needed support and/or services.

Perhaps a surprising bit of news is that KRCC is looking to extend the program into the Cumberland Region and is currently scouting locations in Corbin. Bush said this is due to a grant the agency received to expand the Sapling Center program.

"We base our positioning of these Centers on the community response and on the level of needs in our target demographics in those areas," Bush explained. "Our new Drops are really focusing on homeless, transitional age youth."

Bush said there are plans to open at least a couple more Sapling Centers, targeting counties in the Promize Zone.

"It takes a lot to keep these Centers going, but every second is worth it," she added. "It's about meeting the needs of the youth we're serving and that definitely keeps us all going. This program is making a difference in the lives of our youth, and I know that not only from the youth telling me that it is, but also from seeing them grow and seeing the changes they're making."

If anyone in the community would like to aid The Sapling Center in its mission, Bush said the Centers are currently in need of school supplies and for hygiene items and other materials for the Center's Backpack Project, which provides needed everyday materials for homeless youth.

Watch this video to get a taste of what KRCC's Sapling Center, a program for transitional-aged youth, is all about!

For more information about KRCC's Sapling Centers, please email Angie Bush at [email protected] or call our 24-Hour Crisis & Information Hotline at 1-800-262-7491. Contact info for each Sapling Center can be found on each Center's Facebook page.