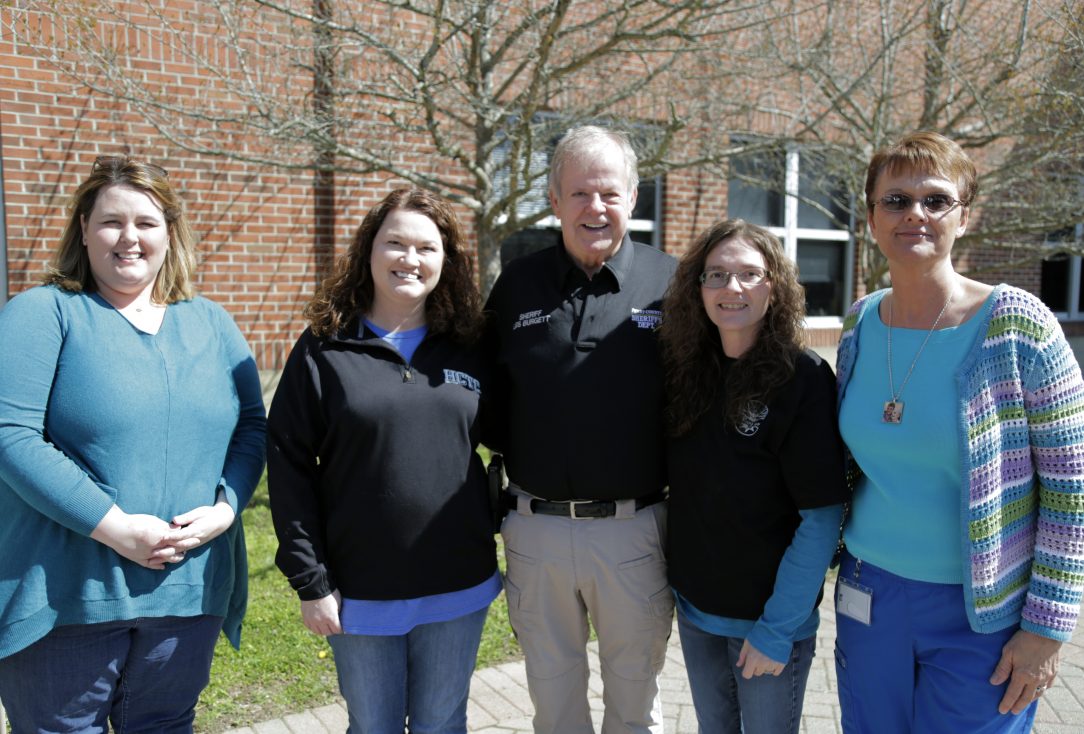 This month, KRCC's The Rising Center, its rape crisis center in Hazard, has been hard at work cultivating community awareness of sexual assault and prevention.

In addition to an open house and proclamation signing, The Rising Center's staff has also led the community in observing "Why Wear Teal Day" and in hosting "Chalk the Walk" events on local college campuses.

"That's what I love about April," said Holly Combs, who serves as The Rising Center's program director. "It's a time that's set aside to focus our efforts on engaging the community and letting everybody know that this is an issue, it does occur, and that while we have services we're offering to help people deal with the reality of sexual assault, we can also prevent it."

Other events are planned, with staff keeping the community informed via Facebook. As people participate in the special events, they are encouraged to post their photos to Facebook, tag The Rising Center, and include the hashtag #SAAM (for Sexual Assault Awareness Month).

Currently, locals can view the Center's "Pinwheels in the Park" at Triangle Park in Hazard, where The Rising Center teamed up with the Care Cottage (the Kentucky River Children's Advocacy Center) to place dozens of blue and teal pinwheels as a public reminder of Sexual Assault Awareness & Prevention Month and Child Abuse Prevention Month.

"I really do believe we can come together as a community and be good bystanders - and upstanders - and actually prevent these things in action when we're seeing them."Holly Combs, program director of KRCC's The Rising Center

Combs said it's crucial for people to stop blaming victims, to confront people when they say something that isn't okay, and to do whatever is possible to change how often people experience sexual abuse, assault, and harassment every day.

For those interested, Green Dot Week is a nationally recognized strategy focused on preventing power-based personal violence – sexual violence, partner violence, child abuse, elder abuse, bullying, and stalking. The strategy is based around the belief that each one of us holds power as bystanders to actively prevent violence and shape our community norms. The Rising Center staff will be sharing examples of "upstander prevention" throughout the week.

"Denim Day" is a national event that began in 1992 as a protest after the Italian Supreme Court overturned the conviction of a driving instructor who raped an 18 year old. The court’s reasoning was that the survivor’s jeans were “very, very tight” and “she would have had to help him remove them, which would be considered consensual sex, not rape.” Women in the Italian parliament wore jeans to protest, and California’s state senate did the same. Now, it is a national and worldwide event. The Rising Center encourages everyone to wear jeans on that day as a show of support for survivors of sexual assault.

"All KRCC employees have been given approval by the executive director and CEO to wear denim on Wednesday, April 25th," Combs noted. "Any staff member wishing to participate should pick up a sticker from their local Outpatient, and be prepared to tell someone why they are wearing denim."

Then, finally, to round out the special month, staff will conduct a Human Trafficking Training session for Human Services students at HCTC in which they will inform participants about the related risk factors, signs, services, and resources.

One of the most important messages that Combs wants to get through to the community is that The Rising Center exists to help and support them.

"We want them to know that we're here," Combs said. "We're here, and we provide an array of services for survivors of sexual violence from advocacy to ongoing counseling and individual therapy."

"We're available 24/7," she added. "They can call us anytime, and they can do so anonymously. And they don't have to give us any personal information - they can just call and see what's available to them before they even walk in the door."

KRCC's The Rising Center is located at 637 Morton Boulevard in Hazard. The Center can be contacted at 606-435-0849. Click the button to visit the Center on Facebook.